Dept. of Mechanic Engineering at the University of Melbourne, Australia

Synergies have been adopted in prosthetic limb applications to reduce complexity of design, but typically involve a single synergy setting for a population and ignore individual preference or adaptation capacity. However, personalization of the synergy setting is necessary for the effective operation of the prosthetic device. Two major challenges hinder the personalization of synergies in human-prosthesis interfaces. The first is related to the process of human motor adaptation and the second to the variation in motor learning dynamics of individuals. This work proposes a systematic personalization of kinematic synergies for human-prosthesis interfaces using on-line measurements from each individual. The task of reaching using the upper limb is described by an objective function and the interface is parameterized by a kinematic synergy. Consequently, personalizing the interface for a given individual can be formulated as finding an optimal personalized parameter. The common knowledge of individual of human motor learning is identified and utilized in an on-line optimization scheme to identify the synergies for an individual. Such information enables on-line adaptation of the human-prosthesis interface to happen concurrently to human motor adaptation without the need to re-tune the personalization algorithm for each individual. Human-in-the-loop experimental results with able-bodied subjects, performed in a virtual reality environment to emulate amputation and prosthesis use, show that  the proposed personalization algorithm was effective in obtaining optimal synergies with a fast uniform convergence speed across a group of individuals.

Ying Tan(谈瑛), is an Associate Professor and Reader in the Department of Mechanic Engineering at the University of Melbourne, Australia. She received her Bachelor degree from Tianjin University, China, in 199 5, and her PhD from the Department of Electrical and Computer Engineering, National University of Singapore in 2002. She joined McMaster University in 2002 as a postdoctoral fellow in the Department of Chemical Engineering. Since 2004, she has been with the University of Melbourne. She was awarded an Australian Postdoctoral Fellow (2006-2008) and a Future Fellow (2009-2013) by the Australian Research Council. Her research interests are in intelligent systems, nonlinear control systems, real time optimisation, sampled data distributed parameter systems and formation control. 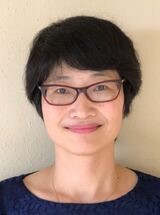 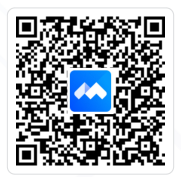