School of Electrical and Electronic Engineering, University of Adelaide, Australia

Cyber-physical systems (CPSs) are the mechanisms controlled or monitored by computer-based algorithms, tightly integrated with the internet and its users. CPSs are the central research topic in the era of Industrial 4.0, and continue to be in the forthcoming Industrial 5.0, which have attracted a lot attention in the past years. Undergoing an ever-enriching cognitive process, CPSs deeply integrates control, communication, computation, cloud and cognition. In this talk, we firstly review some basic knowledge with respect to the concepts, history, and some viewpoints on CPS security. Next, some commonly appeared malicious threats will be introduced. Then, we present some our recent work on reliable control and estimation design to detect and prevent the cyber-attacks, and maintain desired system performance. Peng Shi (石碰),received the PhD degree in Electrical Engineering from the University of Newcastle, Australia, and the PhD degree in Mathematics from the University of South Australia. He was awarded two higher doctorates -- Doctor of Science degree from the University of Glamorgan, UK, and the Doctor of Engineering degree from the University of Adelaide, Australia. He is now a Professor at the School of Electrical and Electronic Engineering, and the Director of Advanced Unmanned Systems Laboratory, at the University of Adelaide, Australia. His research interests include systems and control theory and applications to network systems, robotic and autonomous systems, cyber-physical systems, and intelligent systems. He has been continuously recognized as a Highly Cited Researcher in both fields of engineering and computer science by Clarivate Analytics/Thomson Reuters from 2014 to 2021. He has also been acknowledged in the Lifetime Achiever Leader Board in engineering and information technology, and honored as the Field Leader by THE AUSTRALIAN, consecutively from 2019 to 2021. He has served on the editorial board for many journals, including Automatica, and IEEE Transactions on (Automatic Control, Circuits and Systems, Fuzzy Systems), and IEEE Control Systems Letters. Now he serves as the Editor-in-Chief of IEEE Transactions on Cybernetics, Co-Editor of Australian J of Electrical and Electronic Engineering, and Senior Editor of IEEE Access. His professional services also include as the President of the International Academy for Systems and Cybernetic Sciences, the Vice President of IEEE SMC Society, and IEEE Distinguished Lecturer. He is a Member of the Academy of Europe, a Fellow of IEEE, IET, IEAust and CAA. 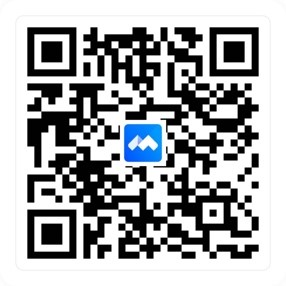